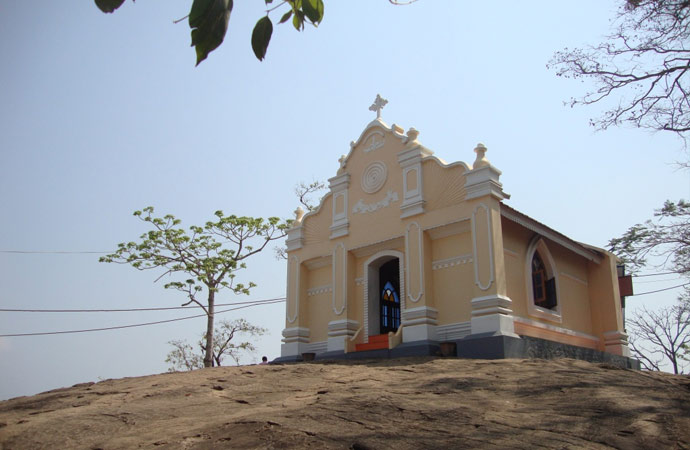 Malayattoor is a village in the North Eastern corner of Ernakulam District in the state of Kerala in South India. The name `Malayattoor’ is an amalgamation of three small words. Mala (Mountain) Arr (River) Oore (Place). This is to say, Malayattoor is a meeting place of mountain, river, and land.

Malayattoor a meeting place of mountain and river shot into prominence when she was blessed by the missionary work of St. Thomas the apostle of Jesus Christ. He set foot at Kodungalloor, in AD 52 and founded the famous seven churches. On his way to Mylapore, he stopped at Malayattoor.

A hostile reception was given and his life was in danger. According to the Ramban Paattu, he was forced to flee to the top of the mountain and had spent days in the abode of God. In deep anguish and agony St. Thomas prayed to the Lord and upon touching the rock, blood sprang forth from it. In AD 52 he reached Malayattoor and selected the place for prayer and worship. His zeal for the Lord took him to Mylapore and later died a martyr’s death there in AD 72.

Later, while on hunting the local people found a divine light emanating from the hard rock and upon examining the source they found a golden cross. They later discovered the footprints of the great saint and when this extra ordinary piece of news reached the plains, people began to flock the hills of Malayattoor.